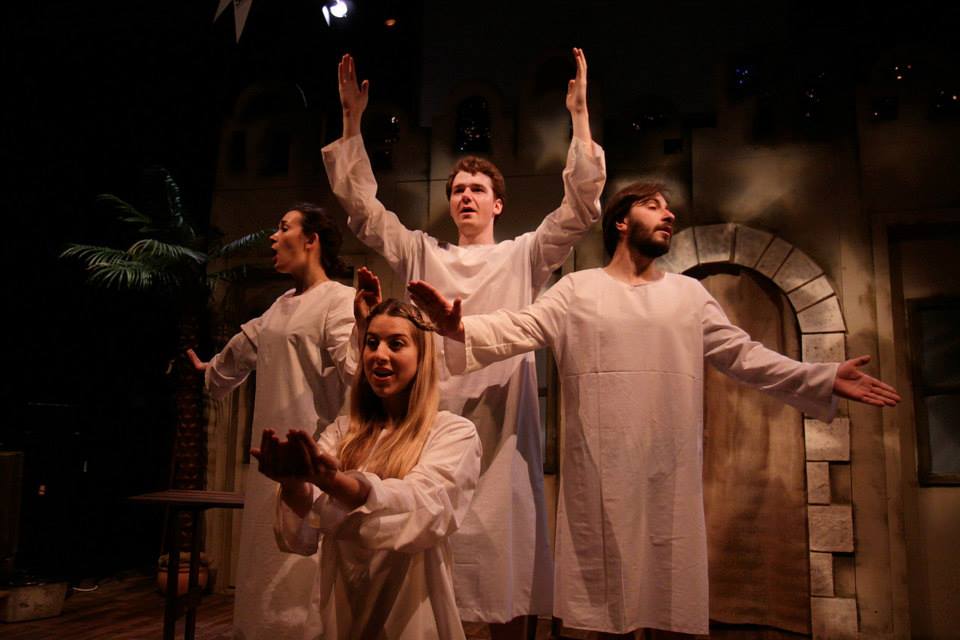 The inept and accident prone Script Over Scripture Society (S.O.S.) are putting on a production of The Nativity story. On opening night nothing is going to plan. Despite a collapsing manger, a deranged donkey, and a director on the brink of hysteria, the show must go on!

This hilarious tour-de- force is sure to delight the whole family this Christmas. Brought to you by Reading Rep in association with Mischief Theatre, creators of West End smash hit comedy The Play that Goes Wrong. The play will be directed by Reading-born Nicholas Thompson, Artistic Director of the Old Red Lion Theatre and Reading Rep’s Associate Director.